The present Argoed Community Council is the successor to a number of previous bodies which have administered this area over the centuries.

Courts of Quarter Sessions were introduced into Wales following the Acts of Union of 1536 and 1543; they met at quarterly intervals. Until the establishment of county and district councils in 1888 and 1894, they were responsible both for judicial matters and the civil administration of the county, including constructing and maintaining roads and bridges, levying rates, relieving the poor, removing vagrants, issuing licences, and appointing county officials; organisations such as Masonic lodges and friendly societies were obliged to deposit their regulations with the Clerk of the Peace. 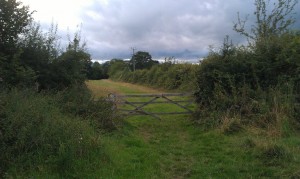 In 1844 a new ecclesiastical parish of Bistre was formed from parts of Bistre Township and Argoed Township and remains to this day as that of Bistre Church. The old township of Argoed covered the area now covered by the Argoed Community Council but the boundary was not the present day Council’s boundary. To the south of the present day Mold – Buckley road was Llong township and to the east was Bistre township.

The present day system, of councils looking after civic duties at various levels, came into existence as a result of the Local Government Act 1888, as amended by the Local Government Act 1894. This Act brought into being County Councils, District Councils and Parish councils – the latter being based on civil parishes rather than ‘parochial parish’ councils based ecclesiastical parishes.

Prior to the 1894 Act, a number of bodies such as Sanitary Districts (looking after health, clean drinking water, slum clearance etc.), Burial Boards and Highway Boards etc. looked after the interests of the area as overseen by the Court of Quarter Sessions.

This system of local government existed until the reforms which came into being in 1974 with the formation of the new ‘County’ of Clwyd’, an amalgamation of the counties of Flintshire and Denbighshire. The urban and rural district councils were replaced by District or Borough councils – Delyn Borough Council replacing the former Mold Urban and Holywell Rural District Councils and Flint Municipal Borough council. The former civil parish councils were renamed as ‘community’ councils at this time –  thus Mold Rural Parish Council became Mold Rural Community Council.

At a local council review in 1983/4, due to the large expansion of the population in the area, it was decided to split Mold Rural Community Council up into separate community councils based on the larger villages – Gwernaffield, Gwernymynydd and Mynydd Isa. Thus a new community council was formed to cover the now largely expanded  housing developments of Mynydd Isa, Bryn-y-Baal, Llong and New Brighton areas. This council, known as ‘Mynydd Isa Community Council’, came into being on the 1st of April 1985, the day when its first meeting was held. Mynydd Isa Community Council was designated as the ‘successor council’ to the Mold Rural Community Council. However at its next meeting in May 1985, it was resolved to change the name to ‘Argoed Community Council’ to represent the larger area covered – the name being taken from the old Argoed township which covered most of the area. It took the Ordnance Survey over 20 years to reflect the name change on Ordnance Survey maps of the area!!